Most of the ‘deficiencies’ observed in today’s plants, animals and people are due to soil conditions not being conducive to nutrient uptake. The minerals are present, but simply not plant available. Adding inorganic elements to correct these so-called deficiencies is an inefficient practice. Rather, the biological causes of dysfunction must be addressed.

Soil aggregates are a fundamental unit of soil function

Soil aggregates are soil particles glued together into larger structures by micro-organisms. A great deal of biological activity takes place within aggregates. For the most part, this is fuelled by liquid carbon.

Most aggregates are connected to plant roots, often to very fine feeder roots, or to mycorrhizal networks unable to be detected with the naked eye. Mycorrhizal fungi, which form symbiotic relationships with plants are totally dependant on liquid carbon from green plants. They trade this carbon with colonies of bacteria located at their hyphal tips in exchange for macro-nutrients such as phosphorus, organic nitrogen and calcium, trace elements such as zinc, boron and copper, and plant growth stimulating substances. Mycorrhizal fungi then trade these nutrients for more liquid carbon from the plant. 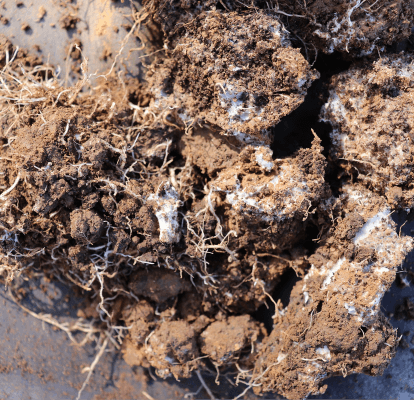 Liquid carbon streams into the aggregates via these roots and fungal linkages, enabling the production of glues and gums by micro-organisms that hold soil particles together. These glues make the soil aggregates very stable against soil erosion.

Macroaggregates are essential to soil tilth, structure, aeration, infiltration, water-holding capacity, biological nitrogen fixation and carbon sequestration. In short, it is not possible to maintain healthy soils without them.

Nitrogen-fixing bacteria require a partial pressure difference in oxygen and water which is present between the inside and outside surface area of the aggregate. These conditions are essential to the functioning of the nitrogenase enzyme utilised for biological nitrogen fixation and also to the formation of humus.

As a result, nitrogen-fixing bacteria cannot function properly in compacted soils. Crops will not be able to obtain sufficient nitrogen and the tendency is then to add nitrogen fertiliser, exacerbating the downward spiral of soil degradation because it interrupts the carbon flow to soil, further reducing aggregation.

Humus contains about 60% carbon and between 6-8% nitrogen (N), phosphorus (P) and sulphur (S). Organic carbon, organic nitrogen and moisture holding capacity always move together. When soil carbon increases, so too do levels of organic nitrogen and the ability of the soil to infiltrate and store water. Soils become more fertile as a result. Higher organic matter content also buffers the soil against salt damage and pH fluctuations.

In well-functioning soils, 85-90% of plant nutrient uptake is microbially mediated and N is no exception. The atmosphere contains 78% nitrogen. Biologically fixed ammonium (NH4+) and NH4+ derived from decomposition of organic matter is rapidly incorporated into organic molecules such as amino acids and humus in healthy soils.

Some of the inorganic forms of nitrogen derived from organic matter breakdown and from applied fertilisers are immobilised in the bodies of soil microbes. This prevents the leaching of these minerals. These are later cycled back into the system as organic nitrogen when they are consumed by other microbes, typically by protozoa, nematodes and other predators. Amino forms of N are the most metabolically efficient form for plant uptake. This pathway closes the nitrogen loop, reducing losses due to nitrification, denitrification, volatilisation and leaching. Additionally, the storage of nitrogen in the organic form prevents soil acidification.

Phosphorous is a major macronutrient needed by plants but is not easily taken up due to it’s reactive nature with iron, aluminum, and calcium. These reactions result in the precipitation of phosphorous, thus making it unavailable to plants in the absence of microbial activity. Some soil organisms in Ecosoil’s Compost Tea can convert phosphorous into a more plant attainable form, such as  orthophosphate. Iron is also another essential nutrient, but it is scarce in soil. Microbes can produce compounds called siderophores, which acquire ferric iron (Fe3+), which plants can then take up.

Microbes found in Compost Tea can regulate plant growth promotion by the production of hormones and other compounds. Auxin is a class of plant hormones important in the promotion of lateral root formation. Increased lateral root formation leads to an enhanced ability to take up nutrients for the plant. Other classes of plant hormones include Gibberellins and Cytokinins, which both stimulate shoot development. 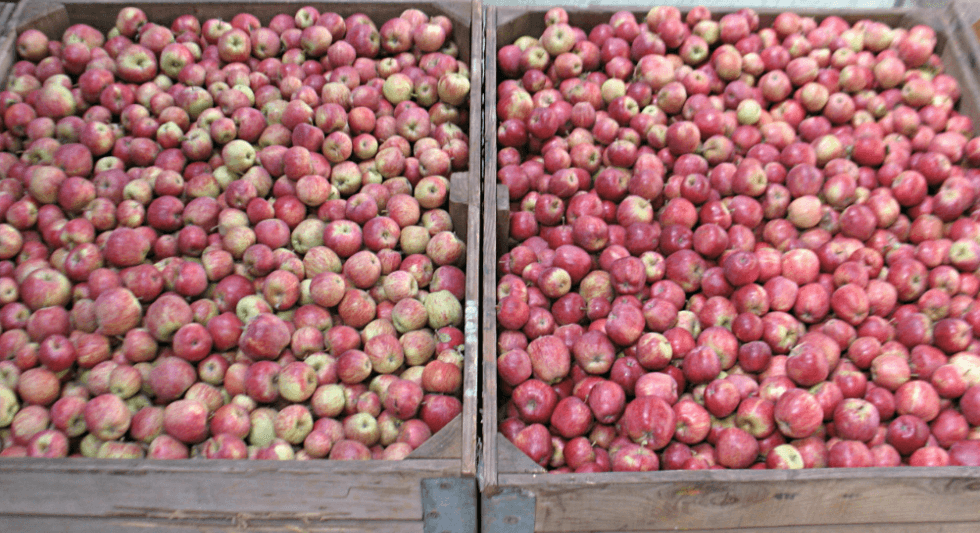 Hormone production and the uptake of N in organic farm can be the reason why we see better fruit colour development on trees treated with Ecosoil’s Compost Tea.

The mineral cycle improves significantly when soils are alive. The sun’s energy, captured in photosynthesis and channelled from above-ground to below-ground as liquid carbon via plant roots, fuels the microbes that solubilise the mineral fraction. A portion of the newly released minerals enable rapid humification in deep layers of soil, while the remaining minerals are returned to plant leaves, facilitating an elevated rate of photosynthesis and increased levels of production of liquid carbon, which in turn can be channelled to soil, enabling the dissolution of even more minerals.

The organisms in Ecosoil Compost Tea produce vitamins, plant growth hormones and enzymes which encourage strong root growth and release tied up nutrients. Many species of bacteria and fungi can access nutrients such as nitrogen and sulphur from the soil atmosphere, while others facilitate plant uptake of phosphorous, nitrogen and trace elements such as zinc, copper and molybdenum.

When bacteria proliferate, they require nitrogen and other minerals and temporally tie up these nutrients and so, indirectly prevent the leaching thereof. When plants require these nutrients, they signal protozoa species to proliferate and consume bacteria and to release the tied-up nutrients. These nutrients are in an organic form which plants prefer. Application of Compost Tea in conjunction with fertiliser programmes will save unutilised nutrients for the next season. So, typically fertiliser usage can be cut drastically from the second season onward.